The future of motor sports begins with young talents. One of these junior talents is Finn Gehrsitz: Since his debut in karting, the now 16-year-old has been inspiring not only his driving performance but also his personality. With ambition, commitment, professionalism and strong nerves, Finn has won six championship titles in recent years, making him one of Germany’s great young drivers. His goal is to become a professional racer and to be a front runner in the top class such as the 24h of Le Mans or the European Le Mans Series. He leaves nothing to chance. In 2020, Finn Gehrsitz, through his advisor Ellen Lohr, succeeded in making the switch to automobile racing at a surprisingly early stage and and he could compete in the Porsche Super Sports Cup with a Cayman GT4 CS and in the French Lamera Cup. In 2021, he will now be the youngest driver ever in an LMP3 (Le Mans Prototyp) in the Michelin Le Mans Cup and fight for the title. As a sponsoring partner of Finn Gehrsitz’s team, you have the opportunity to support a young racing talent on his way to professional sport and become part of his success story – always right at the pulse of one of the most exciting and popular sports. 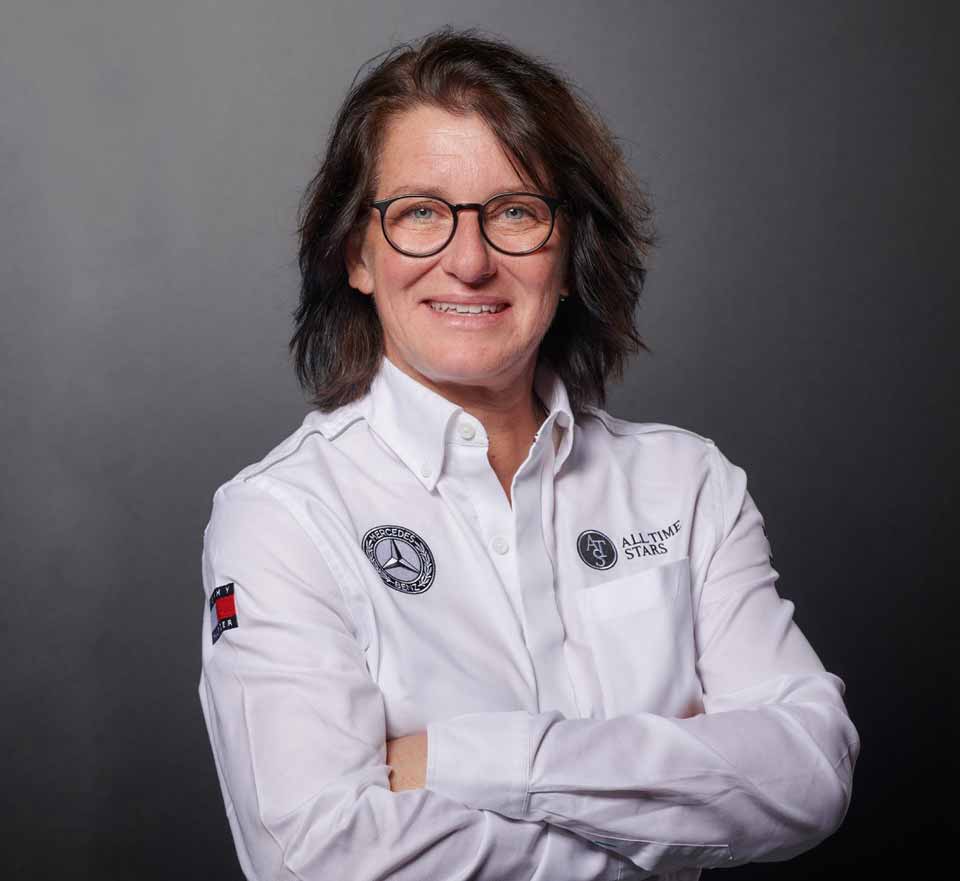 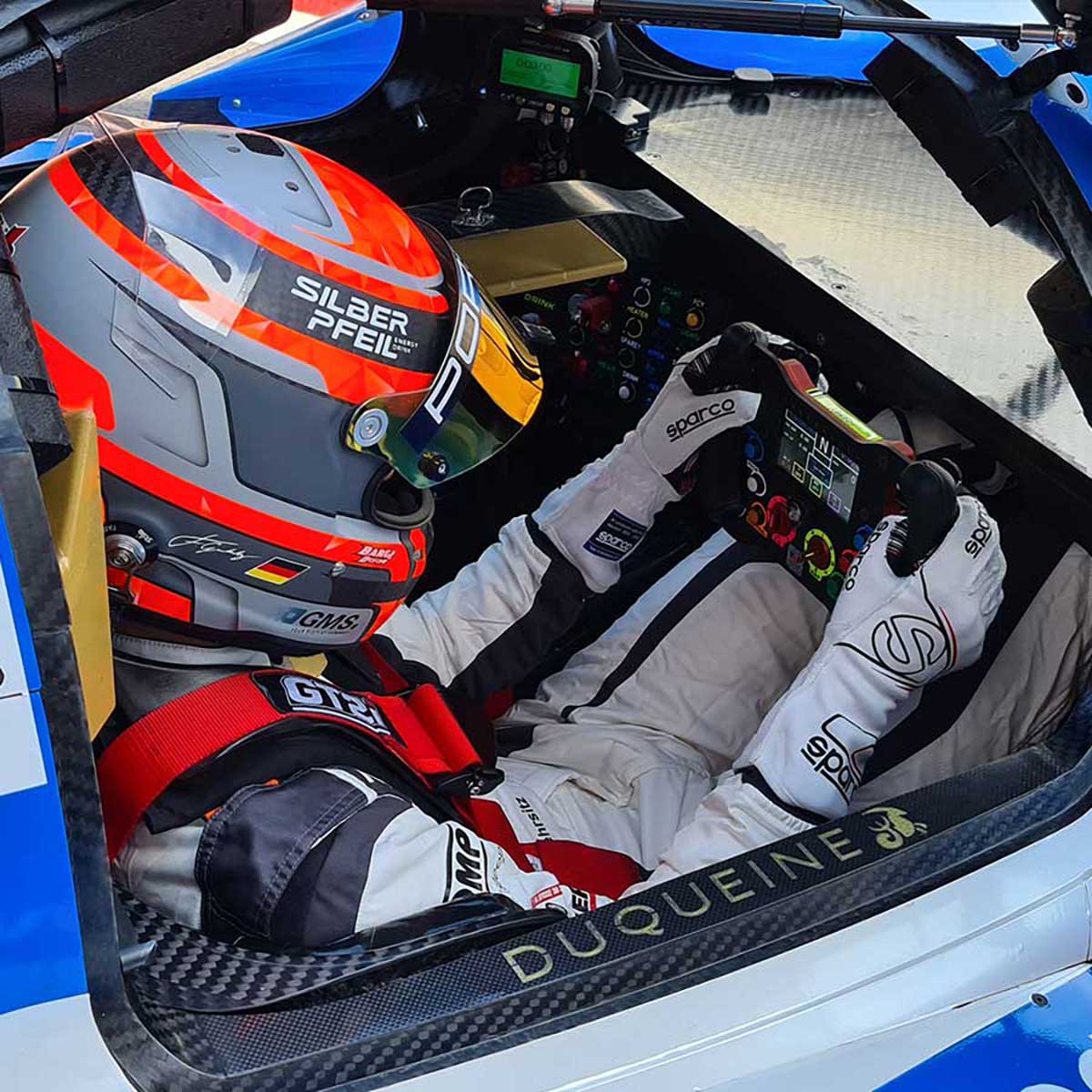 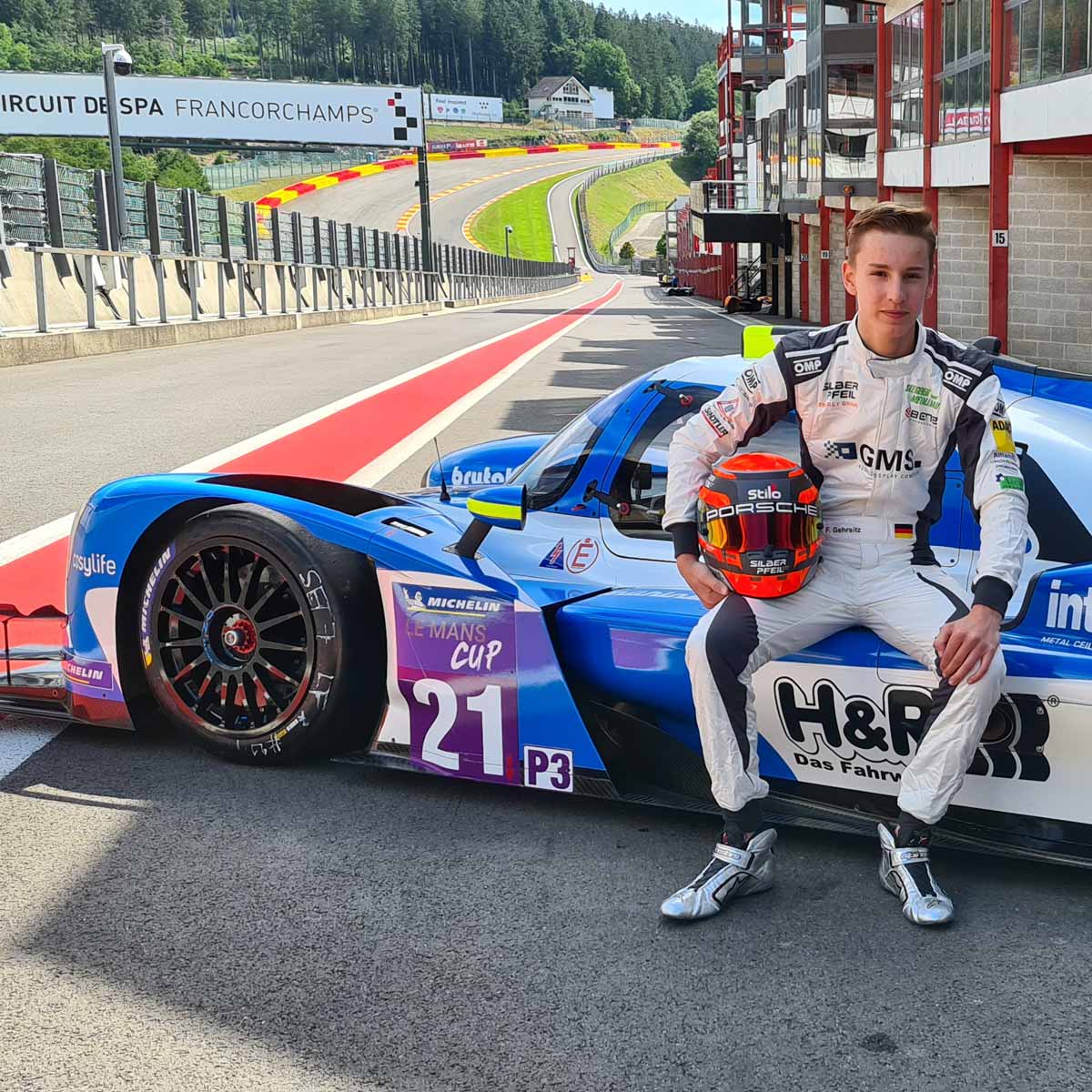 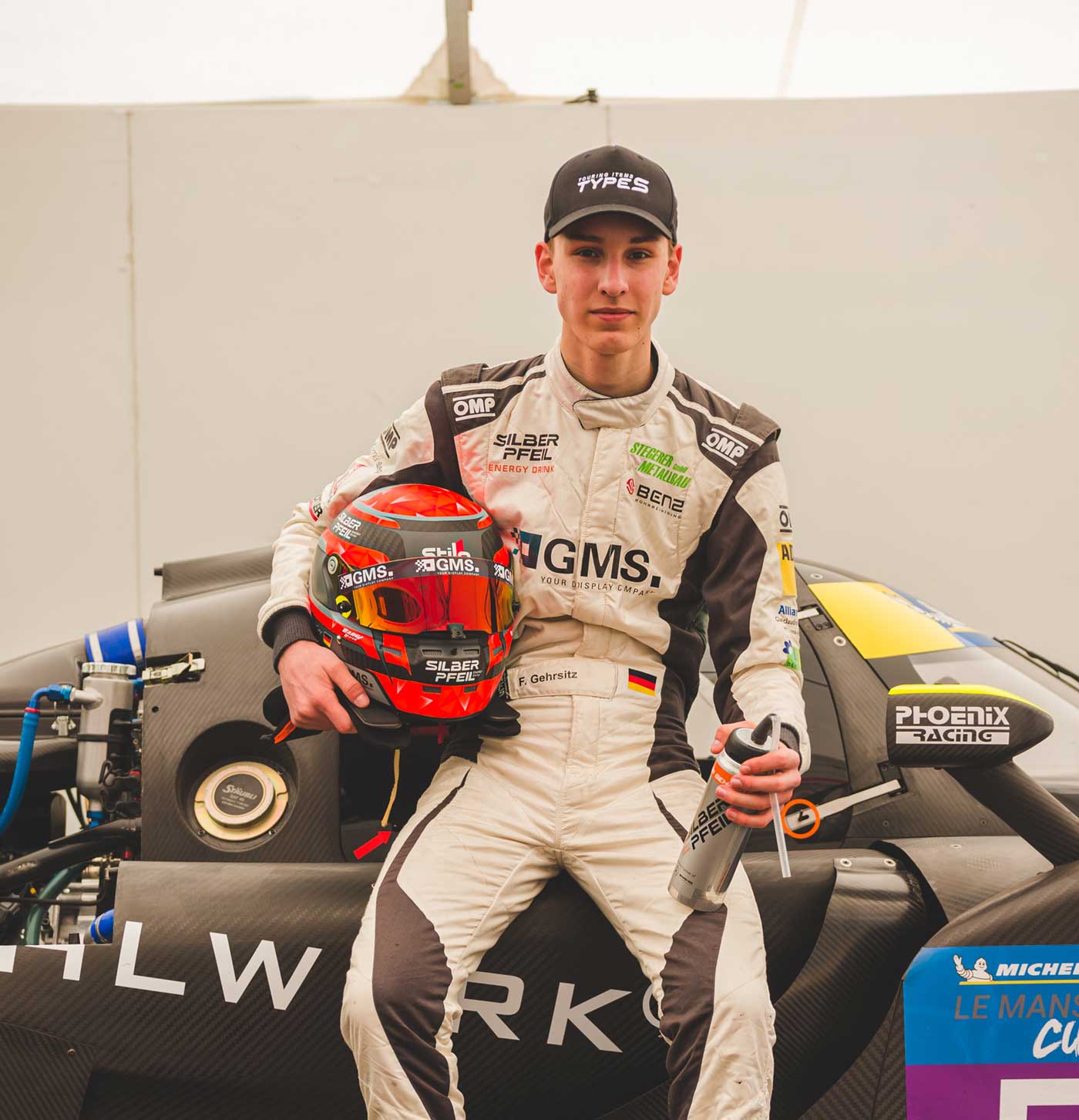 Would you like to learn
more about the
LE Mans CUP?

The 24 Hours of Le Mans has always been regarded as a great playground for technological progress. Over the past almost one hundred years, various developments (e.g. hybrid technology) have been advanced around the endurance classic in western France that are now standard in the automotive world. This is to remain so in the future. For this reason, the Le Mans organizers decided a few years ago that hydrogen cars would also participate in the prestigious race from 2024.
In 2018, the ACO (Automobile Club de l’Ouest) finally teamed up with GreenGT to take the hydrogen theme even further. The collaboration resulted in a prototype called LMPH2G, which was based on an Adess LMP3. This vehicle had seen a number of demo appearances in the ACO environment over the years. In 2020, a successor was already presented, which goes by the name of MissionH24. This new prototype is also scheduled to make race appearances in 2021 as part of the Le Mans Cup.
Unlike many critics of the fuel cell, who do not believe the technology has any chance over battery-powered vehicles (BEVs) for the future of passenger cars, the initiative sees great potential: the electro-hydrogen technology is safe, reliable, and represents “one of the keys to the ecological transformation of the transportation industry.”

Green hydrogen mandatory
It is also already clear that it will be mandatory for hydrogen-class racing cars to run on 100 percent green hydrogen.
Also starting in 2023, the first LMP vehicle will be powered by a biogas engine, another environmentally friendly propulsion alternative.
Synthetic fuels:
Synthetic fuels can be used to massively reduce CO2 emissions. In developing the C.A.R.E. diesel, Bosch spoke of CO2 savings of 65 percent. As early as 2021, numerous Le Mans vehicles will be powered by e-fuels.
Motorsport is a development laboratory for these new technologies:
The move to environmentally friendly racing formats is inevitable: “Motorsport must renew itself and move ahead in climate neutrality and zero emissions. Above all, it must accelerate the development and deployment of these technologies. At Le Mans, that starts with the Zero Emission Valley category – amid the traditional field of hypercars, LMP2s and GTs.”

The LMP3 class is the start of the entry into the LE Mans world and already here the teams and engineers have to deal with the new technologies to be successful later on. It is a world in which simulation and testing have already addressed the issue of low emissions, and lightweight construction in particular plays an important role in fuel consumption. 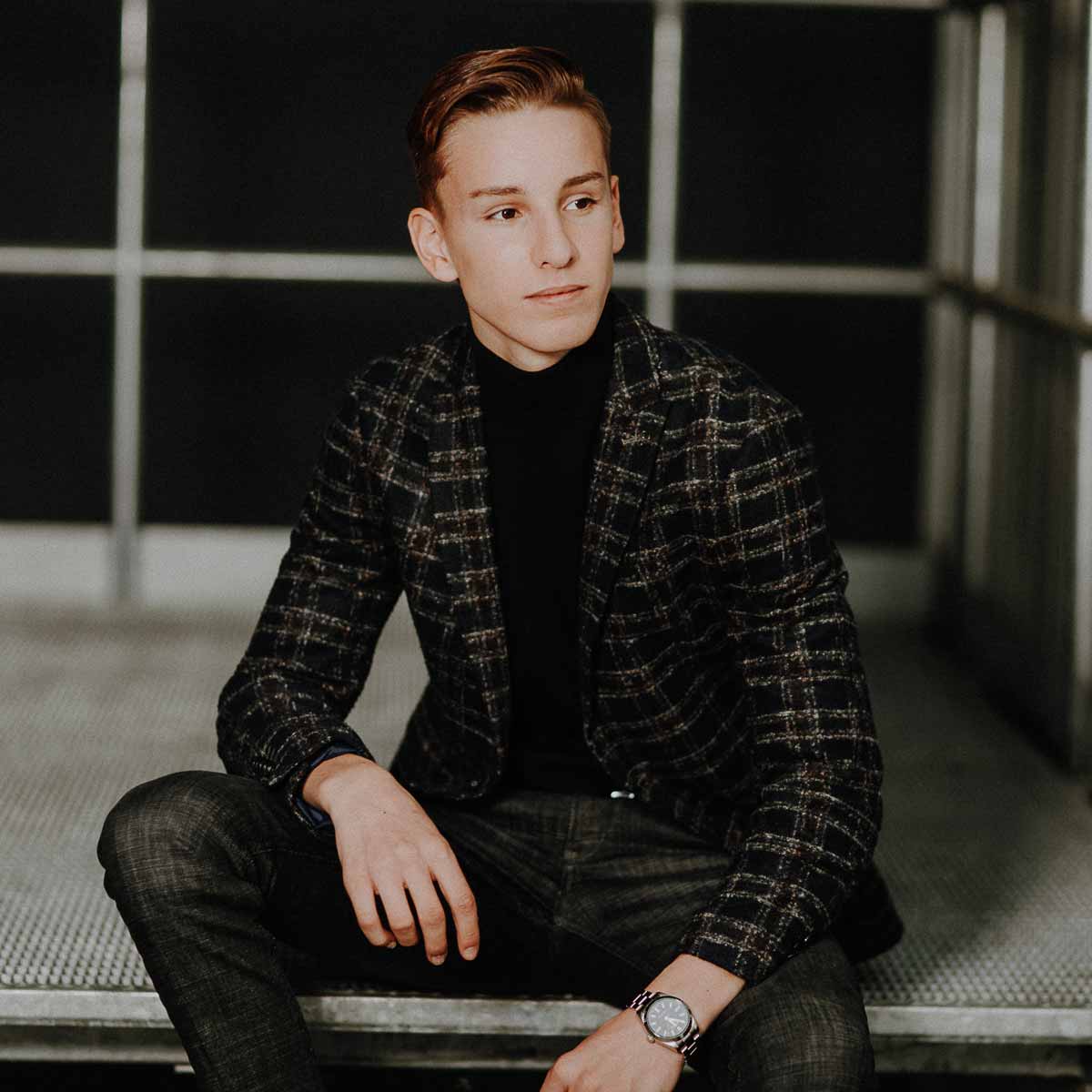 Member of the WAC

SPONSORSHIP:
SWITCH WITH FINN GEHRSITZ
INTO THE NEXT Gear!

No other sport combines technology, lifestyle and emotions to the same extent as motorsport. The large numbers of spectators at the racetracks, high TV ratings and the presence in online and social media show how great the enthusiasm for motor sport is. As a sponsor of Finn Gehrsitz, you benefit from the image and awareness of racing and its young idols: the possibilities are endless. Among other things, the racing car and team clothing are available as advertising space, as are the various internet presences of Finn Gehrsitz. Furthermore, you can also put your company in the limelight in TV reports, press articles and social media. A sponsoring partnership also offers interesting, publicity-effective activities outside of the races, for example within the framework of your trade fairs or company events. Or invite your business partners as VIP guests for a weekend on the race track, with an exclusive look behind the scenes of a racing team or for an unforgettable adrenalin rush in a racing car taxi. Whether high performance, high speed, high-tech or high quality – with a sponsorship from Finn Gehrsitz you can sharpen your brand or product image in a targeted manner.

Of course, sponsoring Finn Gehrsitz is fully tax deductible. Use a versatile and individual marketing platform with an attractive performance! 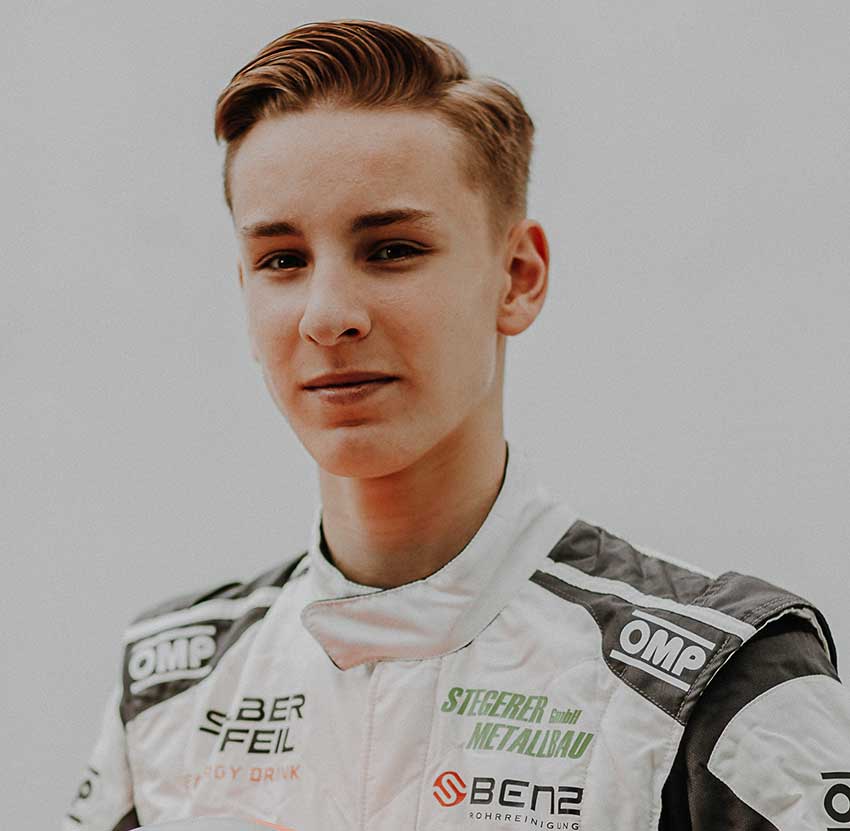 Do you have a special sponsoring wish?
Ask us, we are open for your ideas and will be happy
to advise you on the various possibilities.